Facing the Challenge of a Rapidly Changing World

Sponsored by: CommScope in collaboration with HFTP

All fields below are required.

Hospitality has weathered many storms and reinvented itself with technology increasingly key. What lessons have been applied from previous crises and what changes do we expect in the future. Who will come out of this in pole position and why?

The hospitality industry has seen staggering growth over a number of years and increased disruption as brands adapt to millennials and their rapidly changing requirements be around living, working, eating and connecting. In-fact the changes are not unlike what is being experienced in the work place. Not all brands have adapted, and many are facing an uphill struggle to reinvent themselves (offerings, staff, F&B etc) but also their assets to deal with these changes.

Those that have been successful have often done so based purely on new builds or in-depth renovations and above property scalable systems thus posing the question of whether – their core technology infrastructure had been built with change in mind. What are the fundamentals to be able to deal with change at a property level? And above property level, what changes do we expect going forward and what best practices can the industry adopt to prepare for these? Join us to hear our view on the topics and more importantly to give us yours.

Juan Aguirre heads up Ruckus’ vertical for hospitality and MDU solutions across EMEA for CommScope. With over 14 years’ experience in the hospitality market from WiFi, managed services, IPTV to application development Juan is passionate about this industry and the way it is transforming itself combining people and technology. Prior to entering the hospitality industry Juan worked across a number of sectors including semi-conductors, Middleware development and Satellite communications. Juan spends his spare time chasing his kids, cycling up hills and constantly starting to learn the guitar again.

Paul Nisbett is a high-performing senior hotel executive with over 20 years in the industry and a proven track record in the management and construction of financial services. Paul recently held the role of CFO of the Hotel Collection from April 2012 till February 2015, and was appointed as acting CEO to manage the group’s transition from Barceló to Puma Hotels Collection.

Whilst in this role, Paul was instrumental in establishing a focused entrepreneurial management team and repositioned the Hotel Collection as a leading four-star provincial hotel company.

Prior to joining the Hotel Collection, Paul spent four years at Principal Hayley Hotels, initially as Chief Operating Officer and then as Special Projects Director. This was preceded by five years as Commercial and Finance Director at Malmaison and Hotel Du Vin Hotels where he developed a six hotel, £150m business into a 28 hotel, £500m business in five years.

HFTP is the global professional association for Financial and Technology personnel working in hotels, clubs and other hospitality-related businesses and are the producers of HITEC – the largest Hospitality Technology Event in the world.

Carl was involved with successfully bringing HITEC to Europe for the first time in Amsterdam in March 2017 and 2018 and more recently in 019 in Palma Mallorca. Carl was also involved with the HFTP GDPR/DPO Task Force.

Carl was previously Chief Executive of HOSPA for 11 years where he also created HOSPACE (now a major industry event) and received the special ‘Outstanding Contribution to HOSPA’ award in 2016.

Bryan is the Vice President of IT for Belmond responsible for application standards, infrastructure, compliance, security, IT operations, budgeting, and strategy for all hotel, train, cruise, and safari products globally. Nearly 20 years in hospitality technology spanning the Caribbean, Europe, Africa and the Middle East, with Starwood Hotels and Marriott prior to joining Belmond.

When not IT-ing, hobbies include driving a Jeep Wrangler through the mud and ultra trail running through the mountains. 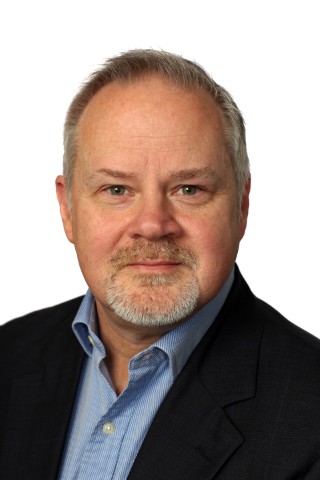 Dale Nix is a consulting Director of Avenue 9 Solutions with over 20 years in Hospitality. He provides strategic consulting and advisory services in Hospitality IT across a range of independent hotels and chains in the EMEA region.

Previously, Dale was Senior Vice President of JLL’s Hotel and Hospitality team (until November 2019), where his role encompassed consulting and project management with a range of Hospitality clients and prospects, private banking and equity groups.

Prior to JLL, Dale managed an independent Hospitality consultancy for 12 years and provided project management consultancy services across the UK, Europe and Middle East, preceded by a number of roles at IHG and Forte and Le Meridien Hotels and Resorts.