Divorce in the time of coronavirus

At the best of times, the collision of one's family life with the law courts (and, sometimes, the newspapers) is challenging enough. But the ongoing Covid-19 crisis has made things even more difficult. To help, Spear’s has assembled a panel of top family lawyers to unpick the complexity and offer the benefit of their experience and insight. There will also be a chance to draw back the curtain and see some of the inner workings of a fascinating world that has been depicted in film (Marriage Story) and television (The Split) recently. Is truth stranger than fiction? To find out, and to hear about the way family lawyers and the courts are evolving, tune in at 11am (BST) on Wednesday 8 April.

Deputy Editor and Head of Research at Spear’s

Edwin Smith is Spear’s deputy editor & head of the Spear’s research unit. His writing has appeared in the Telegraph, Guardian, Evening Standard, Daily Mail, Independent, Wired, Esquire, Men's Health, Spectator and Private Eye. He is the former acting-editor of The Jackal.

Frances Hughes has practised family law for 38 years and attracts the family law industry’s biggest cases. She specialises in divorce and complex children’s cases, while also acting as a senior mediator.

Hughes has been recognised as a Top Flight solicitor in the Spear’s Top Family Lawyers listing. She is consistently recognised by The Legal 500 and Chambers as a leading family lawyer. Chambers 2020 describes her as ‘Star Individual’, praising her highly on her “very clear strategic view of a case”, and describing her as “probably the best family lawyer there is – she brings so much skill and brainpower to her role”. Hughes has a keen interest in the arts, is a musician and is a Fellow of the Royal Society of Arts. She studied English at Oxford University before qualifying as a solicitor in 1981. She set up the family law department at Bates, Wells & Braithwaite in the City in 1983.

Debbie Chism’s leading national reputation in family law is built on over 20 years’ experience advising high net worth individuals. She was crowned as Family Lawyer of the Year in 2019 at the Spear’s Wealth Management Awards, and is currently ranked as a Band 1 practitioner in both Chambers and The Legal 500.

Harry Oliver is a recently appointed silk who has been ranked for many years in the professional directories. He twice (in 2018 and 2013) won the coveted Family Law Junior Barrister of the Year award, by Chambers & Partners. He was shortlisted as one of three finalists in 2012. No other barrister has ever won the award twice, and only one other has been nominated three times.

Harry specializes in divorce, financial remedies and provision under Schedule 1. His cases regularly involve ‘big’ and ‘very big’ money (including with assets up to £3bn). He represents individuals, trusts and companies and has advised on overseas divorces including in Jersey, Guernsey, Cayman, Gibraltar, Hong Kong and Isle of Man. He is instructed to advise on pre-nuptial agreements including with international dimensions. Harry has been an expert witness on English law in foreign proceedings. 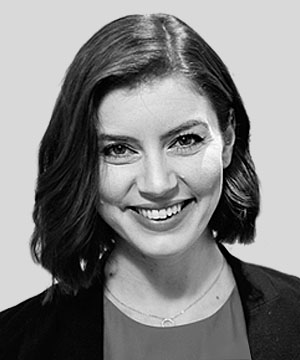 Laura Naser is a senior associate in the family law team in Guildford. She has expertise in domestic and international family law, including financial cases and disputes concerning arrangements for children, for both married and unmarried couples. She regularly deals with a variety of cross-jurisdictional and high net worth matters, most recently in the USA, Singapore, Dubai, Australia and Europe. She is also experienced in acting for clients in emergency situations, making urgent applications to the court in cases relating to children, finances and domestic abuse. Naser won Family Lawyer of the Year - Senior/Managing Associate 2019 (Gold), and Innovative Individual of the Year 2019 (Silver) at the Citywealth Future Leaders Awards.

As well as being featured in the 2019 Future Leaders Top 100: Super Advisors Citywealth Leaders List, she is noted in The Legal 500 2020 directory and won Family Law Commentator of the Year at the 2019 LexisNexis Family Law Awards. Naser has recently written The Family Lawyer's Guide to Separation and Divorce - How to Get What You Both Want, a modern guide to a more amicable separation. You can follow Laura on Instagram, @TheFamilyLawyer, where she posts about family law issues and uses the platform to break down barriers and make family law more accessible. 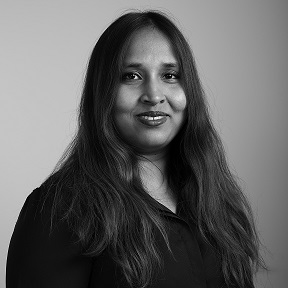